There is a deep and dire fear after the death of a child that the stress of the grief will ultimately doom the grieving parents’ marriage.

When I first read some of the statistics, I was admittedly petrified. Harriet Schiff, for example, argues in her work The Bereaved Parent that as many as 90% of all bereaved couples face serious marital difficulty within months after the death of their child!

From dismal predictions like these, a myth has emerged that divorce after a child’s death is almost inevitable. The argument seems terrifyingly logical enough – what love can possibly survive this pain? How can a marriage ever endure the horrors of this particular “for better or for worse”?

Thankfully, other research contends that these dramatic numbers are overblown –

“The actual facts bear out that the death of a child usually acts, instead, to polarize the existing factors found in the marriage; hence, some marriages get worse, some get better, some just maintain, and some actually do end in divorce.”

Today marks the third anniversary of our marriage. Patrick and I were married on July 6, 2014.

By that next March, less than a year after our wedding day, we had already experienced our first pregnancy loss. So for a vast majority of our marriage, Patrick and I have lived in some version of this same grief.

I have always prided myself on our relationship. My mom has credited us for “making marriage look easy.” Jokingly, I told her that it is because I was lucky enough to find the male version of myself! For most of our relationship – prior to this journey, anyway – Patrick and I have found it relatively easy to be on the same page. We are both trained in ministry – which, in truth, is really just glorified training in active listening and communication, with some study of God and the Bible mixed in. We have strikingly similar personalities and outlooks on life. And at our core, we are best friends. As corny and cliche as it sounds, I never believed in soul mates before I met Patrick. Yet, from the beginning, it has felt like he was made for me, and we were made for each other (so much so that I scoured my family history to ensure that he wasn’t a long-lost relative).

Admittedly, though, this struggle with infertility, recurrent pregnancy loss, and now the loss of our sons has profoundly tested the strength of our marriage. It has challenged our love, made communication difficult, and placed a wedge between us.

Inherently, Patrick and I grieved our four early miscarriages differently. Because we never got to the point of an ultrasound, Patrick never got to meet our first four babies. What was thus abstract for Patrick – more the loss of a dream than the loss of a baby – was always a tangible and physical reality for me. For these babies, I was the only witness in the world to their brief, beautiful lives and the only one who could literally feel the pain of their loss. So while he cared for me and empathized with the depth of my pain, even Patrick (who was hurting in his own way) could not fully understand it and could not fully join me on this journey.

This loneliness, this chasm which formed between us, was almost impossible to bear. I have never felt as alone as I did then, when even the person whom I love most in the world could not share the intensity of my pain. 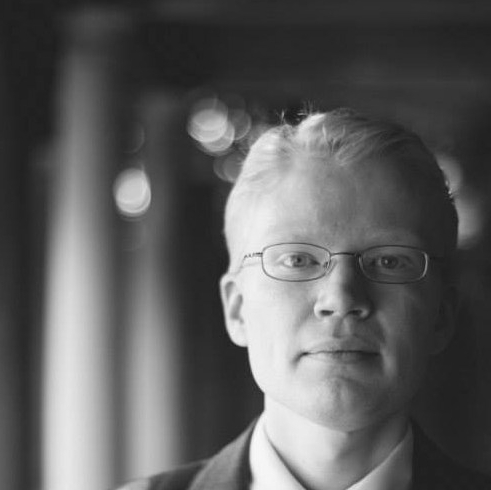 These differences between men and women – or sometimes the carrying partner and the supporting partner in same-sex relationships – are not uncommon.

Though gendered descriptions can too often be overly stereotypical, it is a pattern that has held true in our own relationship. Likewise, after our early miscarriages, we joined a support group for couples who had also endured miscarriage and stillbirth. In that group, it was intriguing to see this similar pattern played out among the other couples there –

Generally, females tend to grieve more deeply in an intense manner and for longer periods of time. Mothers are usually more involved in the day-to-day intimacies of the child, so they have more reminders of their child’s death….

Generally, males tend to focus more on tasks than relationships, they are defined more by their work than emotional ties; hence, their grief becomes far more inward and less observable. Social mores tell men that they should not cry, they are the family protector, they have to be strong for the family, so they suppress their grief. Women are allowed to cry while men are to be strong.

Wives tend to feel resentment at their husbands for seemingly being less tortured, while husbands have difficulty in truly comprehending the pervasiveness of their wife’s mourning….

Males tend to grieve very privately. They cry, but they cry in private, they want to be alone, work it out in private, and wives would do well to let them have their space. Husbands feel a great pain when people ask how his wife is doing, but they never stop to inquire about him. In many case studies, this repeatedly came up that men saw this as a dagger, as if their grief was less and unimportant.

There came a moment, after our fourth miscarriage, when we realized that our lives had become so consumed by this pain and by this desperate desire to keep trying that we had forgotten why we were trying so hard to have a baby in the first place – we had forgotten our love.

One day during a particularly intense conversation, Patrick turned to me and told me that he just could not continue to face this pain (for now). He no longer wanted our every conversation to revolve around either this pain or our desperate desire to have a baby. He could not bear to go through the anxieties of another pregnancy or the pain of another loss so soon. He no longer wanted this journey to rob our marriage of our joy or of our love.

I remember the fear I felt looking at him then. As I peered through my tears, I could see for the first time the weariness in his body and the tiredness in his eyes. In that moment, I could picture our marriage breaking. I could envision a future in which this journey could ultimately cost me everything, and this nightmarish premonition filled me with dread.

It reminds me of Harriet Schiff’s words:

“You have lost enough already; don’t lose your marriage.”

This was the moment that finally tore me out of my depression.

Patrick suggested then that we should take a Sabbath – a five-month break in which we no longer talked about our plans to have a baby and in which we focused on our love for each other and on what we needed to be healthy again. He compared it to a long trek through the desert and stopping at an oasis, in order to regain strength and nourishment before continuing on. And silently in my heart, I vowed then,

“Our love is stronger than our pain.”

This Sabbath was one of the most healing moments of this journey. It gave us the space to rekindle our love and to rediscover why exactly we wanted to be parents. It gave me the space to come out of the darkness and to walk back out into the light, now hand-in-hand with my husband. And it gave us both the strength to fearlessly face the journey ahead, this time when we were both ready to try again.

Since that fateful moment, we have faced an even more impossible grief – something that I could not fathomed before, even in my most nightmarish visions. We lost our sons, but even more devastatingly, I almost lost my own life.

And yet, I have never felt more in love with my husband than I do now.

It was Patrick who accompanied me to my appointments, holding my hand as they stabbed me with needles and crying tears of joy with me as we watched our babies dancing and kicking on the ultrasound. It was Patrick who jabbed me with a shot that I was too terrified to inject myself, patiently waiting as I kept pleading anxiously for more time. It was Patrick who cared for me when I was put on bedrest, taking care of my every need while still working full-time. It was Patrick who uncomplainingly cleaned the blood from where it had splattered on the floor and on the walls and who wiped the stains off of my body during the most vulnerable moment of my life.

And it was Patrick who held me when I was dying and told me that he loved me.

As I was hemorrhaging and quickly losing blood in the hospital, Patrick and I turned to each other and we said what we thought would be our final goodbyes. With an indescribable earnestness and with tears in our eyes, we swore our undying love to each other.

Three years ago today, I could never have imagined that our vows to each other on that day – those immortal words in which we perhaps naively promised to love each other in sickness and in health, for better and for worse, and even until death parts us – would be so quickly and so deeply tested. Yet, in those three years, we have walked through hell and back together. I am no longer in this pit alone, for I know that Patrick is now standing by my side, fully understanding this pain in a way that he simply could not before. And now, I can say with absolute certainty,

Our love is stronger than our pain,

for our love is stronger than death itself.

Happy anniversary, Patrick! I love you…

3 thoughts on “A Marriage Surviving Stillbirth”

View all posts by jheery